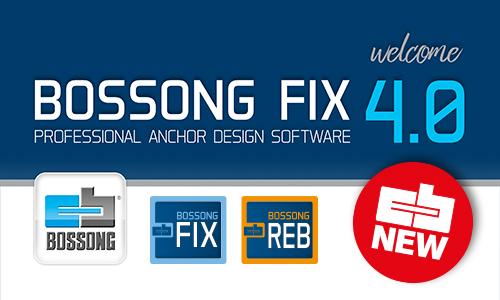 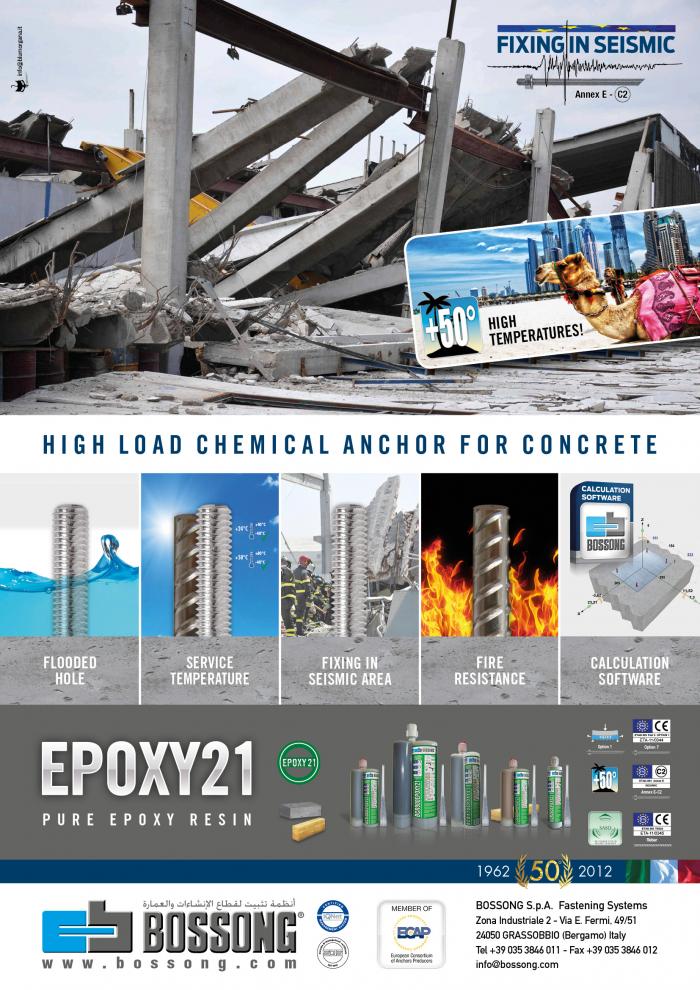 THE FIRST ANCHOR MADE IN ITALY FOR FIXING IN SEISMIC AREA

The methodologies of seismic design acquired in the last years an increasingly importance not only for areas of high seismicity, such as the west cost of the United States and Japan, but also for other territories like the European one, which in the last 30 years recorded several earthquakes with a magnitude of 5 and more. Referring to the European seismicity, most of the countries require an appropriate seismic design and the authorities approved follow-up studies for the protection of the economic and social aspects and for the safety. In other words, in case of architectural and industrial buildings, in addition to the issue of the protection of life, it has to be considered also the issue of the protection of the monumental value, the equipment, such as processed and work in process goods store and, especially, the continuous efficiency of companies. A correct design in seismic conditions considers how the basic material reacts during the earthquake and the possible displacements of the structure and then the deformation in its constituent items that cause, in turn, the opening of cracks in the concrete components. Therefore all the anchoring agents intended to transfer seismic loads must be suitable for their use in cracked concrete and their design must be based on the assumption that the cracks in the basic material may have a cycle opening and closing all along the earthquake. These problems, very important in the European area, were systematically faced by EOTA (European Organization for Technical Approvals), appointed by the European Commission to determine the new test procedure and establish the suitability of the post-installed anchor agents during a seismic activity. Up to now, after 5 years collaborating with multinational corporations, European experts in seismic activities, small and medium-sized enterprises together with ECAP (European Consortium of Anchors Producers) and the Polytechnic of Milan, the European guideline for seismic approval of anchors has been developed and has reached its final format in terms of the technical content with  structural and non-structural area applications. They are tests and suitable check parameters that are necessary for the correct evaluation of the performances of an anchor agent under seismic activities. In fact, only anchor agents certified on the base of these requisites are suitable for the connections that are relevant for the safety. Anchors subject to this new certification procedure must include all technical information necessary for ETA, both in terms of load and displacement, according to the guideline ETAG 001-Annex E. Specifically, two test protocols are identified depending on the seismicity of the area and the class of importance of the building on which work has to be performed:

The C1 test protocol includes everything that is recommended already in the United States regulatory document ACI 355-2 and provides 10 tests to be performed with tensile and shear seismic simulation for every diameter of the anchor to certify. On the other hand, the test protocol C2 is stricter and provides a minimum of 30 tests per diameter and tests in which the anchors are qualified for the load cycling and in cracks up to 0,8 mm in width by simulating the inversion of the moment through the active compression of the concrete around the anchor.

According to it, most areas like Italy are included in the C2 category.

In this field, Bossong, that cares for the safe design of buildings, has obtained the European qualification for the EPOXY 21 in the seismic C2 category, according to Annex E. The product is also suitable for structural uses and non-structural uses and for every level of seismicity.

EPOXY 21 is one of the best chemical anchors in the European market with double approval. It is made with a Bossong high-adhesion Epoxy resin for heavy-duty fastenings for use in different base materials as concrete, solid masonry and wood. It is suitable for electrically isolated fixings and allows high-potential dielectric fixings eliminating stray voltage effects. The resin, due to its strong adhesion value and its easy penetration in holes and hollow areas, allows a safe fixing without expansion and so without stresses in the base material. It does not need premixing, the resin and hardener are mixed only during the extrusion through a special mixer and do not need a premixing.